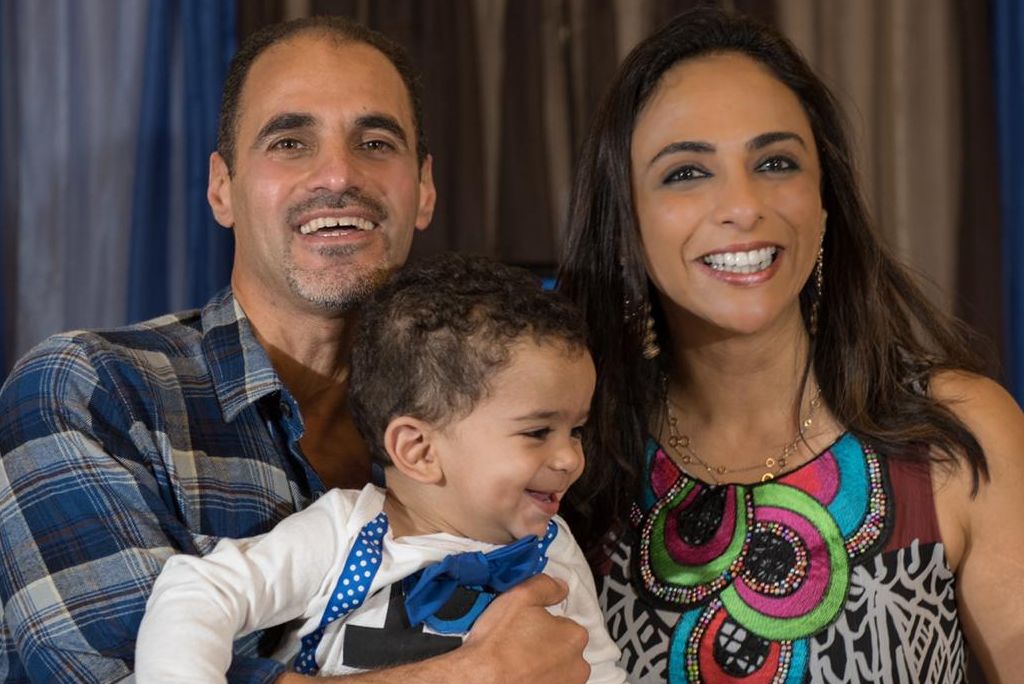 My adoption story started more than seven years ago, when Mohamed and I adopted our only son Mostafa.

Since I was young, I dreamed of having children. After I was married the first time, I traveled to America, where I focused my attention and studies on children and eventually opened a nursery school. During this time, I still dreamed of and couldn’t wait for motherhood; however when I was diagnosed with endometriosis, it felt like that dream ended. For those who don’t know, endometriosis is a chronic disease that causes uterine-like tissues to form outside the uterus in places like the fallopian tubes and ovaries, making pregnancy very difficult. Nevertheless, I decided to endure the path of IVF. This went on for 20 years, during which I tried five times without success. It consumed me financially and psychologically, ultimately leading to my divorce from my first husband in 2004.

In 2012, my life changed when I met Mohamed al-Iraqi. After we were married, I learned about the opportunity to adopt a child from Egypt, which I wasn’t aware of before. This resparked my dream of becoming a mother, and I took it upon myself to learn everything I could about adoption in Egypt. Even though Mohamed had two biological daughters from his previous marriage, he was supportive of me and of adoption and looked forward to starting our family together. From there, we began our journey and it took us an entire year to finalize paperwork before we were officially able to adopt a child.

At that moment, I was terrified and asked myself, is this really possible? Would I be able to raise a child when I was in my mid 40s already? Was it too late to become a mother? In the end, Mohamed’s encouragement and my desire to be a mother gave me the courage to proceed, and we started to visit orphanages in Egypt to find our future child.

At first, I had my heart set on adopting a girl. I had collected girls’ clothing in the hope that one day, I would have a daughter. When we began visiting orphanages in Egypt, I came across baby girls, but I did not feel the spark and connection I had hoped I would. I began to lose hope that I would meet the child I dreamed of, but then I saw him and our eyes locked. He was only 4 days old. My heart was immediately captured and I knew instantly that this was my son. We bonded immediately, and I spent hours that day with him—feeding him, changing him, holding him close—all the while afraid to leave his side because I didn’t want someone else to adopt him. When I told my husband and my family and friends that I had chosen a boy, no one believed me because they all knew how much I had wanted a girl. But Mostafa was the only child for me.

After 4 months, we came back to America. The travel and paperwork process was difficult and we had to navigate confusing government policies and laws. However, we stopped at nothing and when we were finally able to bring Mostafa home, I felt a sense of completeness that I never had before. I wanted to be the best mother that I could for my son. The journey had been long and difficult, but it was completely worth it.